People always say that what will not kill you will only make you stronger. This is a cliché that is not taken serious most of the time, but it is very true. However, when a person is in a very dangerous situation, the last thing that occurs in his mind is the fact that the situation will have a positive effect. When a person goes through a bad experience, he or she never thinks about how good the experience might influence him or her. However, the realization of the influence the experience had on him or her comes after it is long over.

In my early years in college, I had an invincible feeling that I had acquired in my high school years. However, as time passed on, it stated to wear off as I became more responsible and even took a job to undertake during my free time, in order to make some cash for myself. On the other hand, that feeling of invincibility was still there as I sometimes felt the need to show the world what was behind my calm responsible face. One day, I had taken a job to renovate a house but the other people I was working with were not so helpful. The fact that made it worse is that, they used drugs and even brought them to the work site. I was not happy about this, since even though I was not an expert but I was able to do my very best; I also did not use drugs and it did not please me that they used them in my presence. I was not very good to them and treated them with disdain as if I knew everything about the job.

On this particular day, one of the people approached me and asked me if I had a problem with him. I was surprised he had decided to approach so I made a decision to tell him what I felt about their behaviors so I told him I did not appreciate him bringing drugs at work. He told me he could opt to slap me, but he would not, which only made me feel better about myself. I told him he would not dare because he was a coward and only cowards came to jobs with drugs. This left him surprised because he could not have imagined the fact that I could tell him. What happened next is a little fussy in my mind, but I remember having waken up on the floor feeling pain all over my body.

The other colleagues were all surrounding me asking me what I was thinking talking like that to him. He was apparently known for his violent behaviors and drugs made it worse. My boss asked both of us to accompany him to his office and said he could not allow people like us to work in his firm. I felt that this was his way out of a bad situation, though I felt it was unfair I accepted with grace request for both of us to resign.

That day marked my last day of invincibility; I learnt that it is good sometimes to keep quiet. If I had chosen not to talk back, then he would not have had a reason to beat me up. I could not have lost my job, and I could have left a good reputation at that firm. I came to learn later that the person who beat me had struggled with substance abuse for a long time. He was able to join a rehabilitation centre and recovered. I always wish I could have made an attempt to reach out to him with humility. 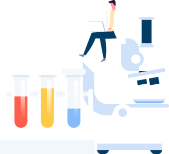